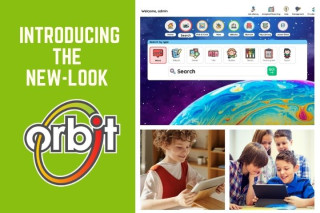 We are excited to announce the new-look Orbit interface has arrived!

Introduced in 2014 to replace the Olly interface, Orbit has been encouraging younger students to engage with their library and promote reading for pleasure since its release.

‘Oliver and Orbit are helping us to engage students in the library. Children as young as the Year 1’s are walking in, with no words, picking up an iPad, opening Orbit and going and finding a book on their own… that’s priceless.’ Sheila O’Callaghan Our Lady of Good Counsel

‘The students love using Orbit! It is easy, age-appropriate, has bright graphics and clear icons and can be used on Macbooks and iPads well. Very young students are loving using their iPads to search for their books using Orbit.’ Leanne White Landsdale Primary School

Orbit offers students a simple, customised reading and research platform; a space to discover, manage, and access a number of physical or digital resources.

We’ve been delighted by the ongoing positive feedback from schools on the current version, but we felt it was time for a modernised look to further engage younger students.

So, we embarked on the refresh project, aiming to update Orbit with a new visual style and feel.

We wanted to ensure the existing functionality was maintained, while focusing on a new layout, font, and icons.

The process began in late 2019 when we engaged designers and presented their initial concepts to key stakeholders.

Developing a new interface would not be complete without speaking to the people who would be using it, so we also worked with children in the target age demographic throughout the process. This user-centred approach is integral to our development method, enabling us to deliver software that is designed with students, for students.

Once a new style was chosen, draft designs for the main Orbit screens were created. These screens included the Home Page, Search, Search Results, Pick & Click, and My Library pages. These designs were again presented to stakeholders, including customers late last year.

As part of this process, we gathered suggestions for improvements which resulted in new features like the ‘See copies’ link for search results. The initial icon set also changed in response to a fantastic suggestion during the feedback stages.

The feedback on the redesigned screens was overwhelmingly positive.

“The new design looks contemporary and cleaner (than the old Orbit)”

“The ‘See copies’ link will be useful for younger children who want a copy for their friends.”

“The animations (for the main buttons) will be welcome”

In March this year, the development team were able to start making the designs a reality. This project was a significant undertaking, but the hard work has paid off and we’re so excited to share the end result! 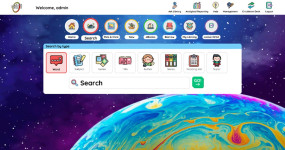 Orbit was planned to be released earlier this year, but we felt that on top of challenges presented by COVID-19 and school shutdowns, changing everyone’s interface while so much was going on would not be particularly helpful.

While we understand that circumstances could change at any moment, at the time of publication we believe introducing Orbit now would cause minimal disruption for the largest number of people.

We have therefore scheduled the refreshed Orbit to be included in Oliver v5 Build 8.048, due for release in October.

It’s been a long time since Olly was first introduced. For those who have forgotten what it looked like, or joined us after it was retired, we thought we’d share how far the junior interface has come! 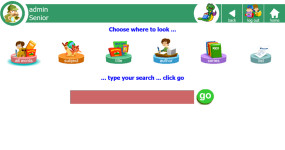 While we were working on Orbit’s exciting new look, we decided to add some new features in response to user feedback.

Encouraging engagement with the library, and with reading, is made easier with Orbit reviews. Book reviews provide students with an avenue to recommend books to each other, and to find books that they will enjoy.

Students will love creating and reading each other’s reviews!

Customers also requested more clarity in the resource locations. We’ve added the location into the Orbit search results which, in conjunction with the map feature, greatly assists young readers in finding their resources.

To find out more about Orbit