Part 4, Curriculum and Makerspaces – Investigating history and society through guided inquiry and multimedia 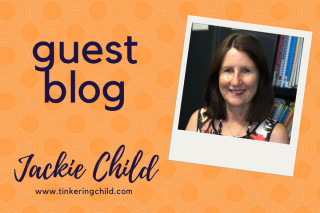 Softlink is delighted to introduce guest blogger Jackie Child, Teacher Librarian at St Aidan’s Anglican Girls’ School in Brisbane and author of the TinkeringChild.com blog. Jackie is a passionate primary educator with over 40 years’ experience and a sessional tutor for pre-service teachers at Griffith University. In this series of blog posts, Jackie shares her experience working with students across all grade levels to address a range of curriculum objectives through tech-centred activities in the school’s library/makerspace.

Previous posts in this series focused on creative coding activities that address elements of the STEM curriculum, ways of connecting literature and coding, and activities that invite students to explore the HASS curriculum through the lens of design thinking and digital technologies.

In the final instalment of the series, Jackie describes a history project that involved students conducting research via a range of methodologies and producing documentary films to consolidate and present the results of their inquiries.

The girls spent three weeks researching and writing a script to prepare a documentary using green screen filming. Using the Do Ink app, the girls recorded their scripts and selected images, videos, recorded interviews to support their script.

Once each documentary was completed, it was imported into Premier Pro CC, edited and combined into two films – one for each class. The documentaries were arranged chronologically and similar stories kept together. For example, quite a few girls were intrigued by Aunty Teresa and wanted to find out more about life in missions and children who were stolen as she had been. Each film was approximately 30 mins in length. 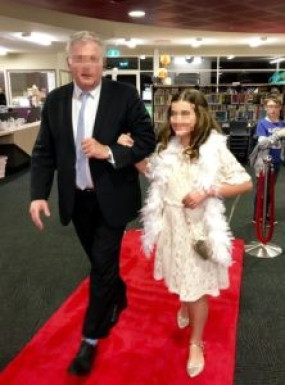 Parents and community members were sent an invitation to attend the ‘Documentary Film Premiere’. The event was super special with a ‘red carpet’ entry and many special guests. Aunty Teresa gave a ‘Welcome to Country’.

There was an intermission between films and at the end of the evening Aunty Teresa responded with a moving and heart felt appreciation of the work the girls had done and how it had deeply moved her.

It was an emotional and special time for everyone in the audience. The documentaries in this short version address the following inquiry questions designed by the girls: What did Aborigines encounter fighting in WWI? How did the strikes help Aborigines? What did the Referendum achieve? How were Aboriginal children treated in the missions and institutions? How has reconciliation affected Aborigines?

Read the rest of the “Curriculum and Makerspaces” series