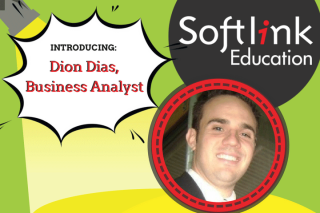 Many of the delegates who attended Softlink’s 2018 Oliver v5 User Conference commented that a highlight of the day was meeting members of the Development team who work behind the scenes creating and improving features in your Library Management Software.

“Not many software companies interact with their customers in such a close relationship and innovative manner.”

“I had a great time learning where Softlink was heading and networking with other Oliver v5 users.”

Yes @SoftlinkEdu asking your clientele what we need... love your strategies! #1 feedback pic.twitter.com/KiHEpgbvlY

Softlink places a lot of emphasis on this kind of direct interaction with customers, because we believe understanding the user experience is essential to the entire product design, development and testing process. You can read more about Softlink’s user-centred approach and see a video of the process in action here.

Given that relationships are so important to our work here at Softlink, we occasionally feature individual team member profiles on the blog so you can get to know them better.

We profiled our Support champions in Australia and the UK, and received some lovely feedback from blog readers about how great it was to be able to put faces to the names – and voices – they hear when they contact Softlink for support.

This time, we’ve been speaking with Softlink Education Business Analyst, Dion Dias, whose role involves planning and overseeing product development and assessing potential new features for inclusion in Softlink Education products.[Blog Edit: Dion was given a new role - Oliver v5 Product Champion - in 2019. What does this mean? He is now all things Oliver and very focused.]

Here’s Dion presenting a session on product development at the 2018 User Conference:

And here’s a different side of Dion, which he shared with us when we interviewed him for the blog:

How long have you worked at Softlink and what has changed over that time?

14.5 years – I got my job with Softlink just before my daughter Bella was born, which makes it easy to keep track. There have been lots of changes in that time. The office has relocated a couple of times and many of the faces have changed, but overall I’d say the secret of Softlink’s success has been our ability to adapt and evolve to changing technologies while maintaining a customer-centric focus.

With you background in Library and Information Studies and your first degree in English, it’s safe to infer you’re an avid reader. What are your favourite books?

It’s hard to choose my favourite books/authors (there are lots), so I’ll keep it to a few of my favourite series:

Why, or how did you become a Business Analyst?

My first role with Softlink was as a software developer. I moved into a product management role which was then restructured into what is now kind of a combination of product manager/business analyst and interface designer.

What do you enjoy most about your role?

Getting to be creative and designing solutions which help school libraries engage more students with reading is rewarding and fun.

What is the biggest challenge of your role and how do you approach challenging situations?

My biggest challenge is the standard 21st century one – time to do everything. That’s why it’s so important to prioritise, taking into account what customers tell us are the features that would be most useful to them.

What has been your greatest achievement or most rewarding experience so far at Softlink?

There have been a few good ones, but most recently it would be as design lead for the new look Search interface. It was a fun project to work on and feedback has been very positive, which is gratifying.

What is your motto or personal mantra?

One I like is “If you don’t ask, you don’t get”. It holds a lot of basic truth. Things rarely happen just by waiting. You need to go after them.

Given a chance, who would you like to be for a day?

Someone with lots of ready money and no responsibilities. That would be a dream day.

What’s your favourite line from a film?

I’ll have to go with Arnold Schwarzenegger’s immortal line “I’ll be back” from The Terminator. It’s such a memorable line, especially when delivered in his distinctive accent. It’s also lots of fun to try impersonating.

What is your guilty pleasure?

I don’t usually watch reality TV shows, but I think Gogglebox would have to be one of the most entertaining shows on Australian TV. Watching other people watch TV doesn’t sound great, but the show has just the right families and friends delivering some classic lines of their own. 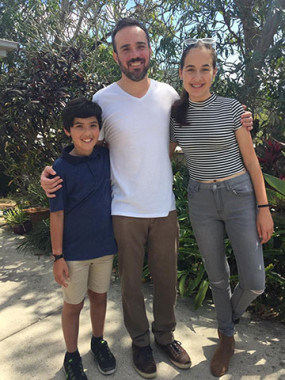 That’s a lovely photo of you and your kids, tell us about it.

Yes, these are my children, Bella and Xavier. This picture was taken last Father’s Day.

Haven’t we seen their faces somewhere before?

Yes, that’s right. They both took part in the filming of usability testing sessions for the new Oliver v5 interface last year and had their photos taken as well. Both Xavier and Bella are now featured on the new Oliver v5 brochures and banners. 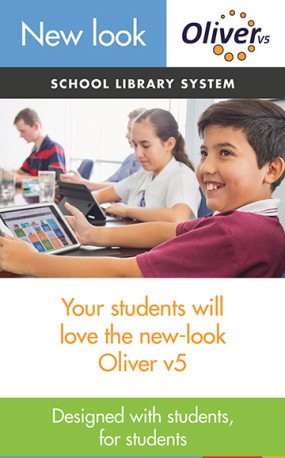 Who’s in this picture? Another family member?

This is my dog, Ava. She’s a miniature English bull terrier. She’s not an active dog – she doesn’t like going for walks, she spends most of her time cuddling up to people and sleeping. [Blog edit: Since first publishing this blog Dion has welcomed a new family member, Onslow, who is Ava’s biological nephew!] 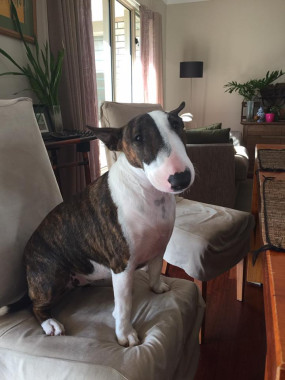 Do you agree with the saying that dogs resemble their owners?

No, she’s much cuter.

Thanks Dion, now back to work!