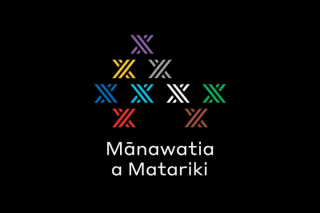 Matariki will be celebrated as a national holiday for the first time in Aotearoa New Zealand on June 24. Matariki is a special occasion in the Aotearoa calendar, which signals the start of the Maori New Year.

Matariki will be the first new public holiday introduced in Aotearoa in nearly 100 years, and the first purely Maori holiday that predates the arrival of Captain Cook in 1769.

Matariki takes place in mid-winter from late May to early July. The date can vary between Maori tribes and geography. Friday, June 24 marks the start of a long weekend which will see communities around the country, toast to this time of renewal and reflection with events, celebrations, and gatherings.

The Matariki is a star cluster that appears in the early morning sky in New Zealand during the mid-winter months. It is known around the world as one of the brightest clusters in the sky, containing hundreds of member stars. The English translation of Matariki is called by its ancient Greek name, Pleiades, or the Seven Sisters.

The rise of the Matariki stars, mark the Lunar New Year. It is a time to acknowledge the year past, celebrate the present, and plan for the year ahead. The stars were use in the past to predict the upcoming season of planting, harvesting, and hunting. Clear and bright stars signified an abundant season ahead.

Kites are an important part of Matariki celebrations and are a feature of traditional Maori culture. Kites were flown for fun, to communicate with people far away, predict success in battle, and to find an enemy.

In Maori culture, kites are seen as connectors between the heavens and earth and are flown at Matariki events, especially on the first day of the new year.

Grow Bright have put together a guide to creating your own kites for Matariki.

Matariki is traditionally a time to get together and share kai (food) harvested from past seasons. It is a great occasion to cook a mid-winter feast for friends and whānau using traditional Maori vegetables such as kumara (sweet potato), kamo kamo, taro, puha and uwhi. You can find more traditional Maori foods and recipes on the New Zealand Now website.

Maori have a wide range of traditional games and sports, with some being educational, while others are a part of ritual or serve as entertainment. Played by both adults and children, sports and games were important in traditional Maori society. Traditionally, these sports and games are played at gatherings in which there is an abundance of kai.

To find out more about traditional Maori sports and games, visit Te Ara: The Encyclopedia of New Zealand.

Weaving was used by Maori tribes to make an array of things including shelters, baskets, sails for canoes, as well as traps and ropes for hunting. They did this using the Harakeke (flax) plant, which can still be found around traditional Maori pa sites where it was grown and harvested.

Christchurch City Libraries have put together information on how to prepare harakeke for weaving, as well as covering the techniques and providing guides for making a putiputi (flower) and the Stars of Matariki.

There are Matariki events happening all over Aotearoa this winter including concerts and the Matariki Glow Show. Head over to eventfinda to find a Matariki event near you!

Celebrating Matariki in your library or classroom, provides an opportunity for students to explore the values of diversity, community, and participation, and respect for others, all while bringing the New Zealand Curriculum principles to life.

The Te Papa Tongarewa (Museum of New Zealand) have put together some teaching resources for Matariki. These resources include information about the relevance of Matariki to Maori, practical activities for your classroom, and Maori vocabulary lists to extend your students reo Maori (Maori language).

This free to download Matariki activity book allows students to learn about Matariki through fun activities such as word searches, colouring pages, games, and stories.

All of the activities from Te Papa Tongarewa are available for download in both Te reo Maori and English translations.

Why not share the history and stories of Matariki by reading your students a book. New Zealand Curriculum have provided this ready to read book titled Matariki Breakfast by Andre Ngapo. This story describes Kara’s experience of celebrating Matariki with her whanau (family). The book also includes a retelling of a story about how the Matariki stars brought back Tama-nui-te-ra (the sun) after Maui and his brothers had caught him.

Where you can see the Matariki Stars!

The Matariki is one of the closest star clusters to Earth. This means that it’s one of the most obvious constellations to the naked eye. To spot them, look to the northeast horizon before sunrise and search for the distinct line of starts that form Orion’s belt. From there, if you move your eyes to the north, you will find the cluster of tiny starts that make up the Matariki constellation.