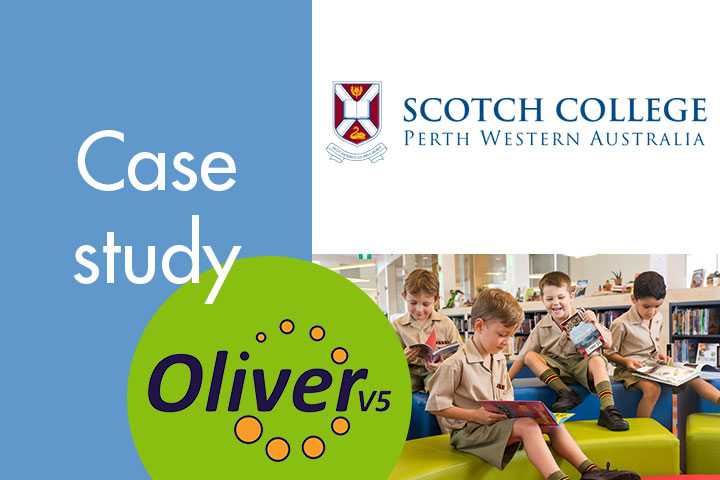 As a multi-campus installation, we had very specific requirements that we wanted to meet in migrating from AccessIT to Oliver v5, and the process of migration went very smoothly. 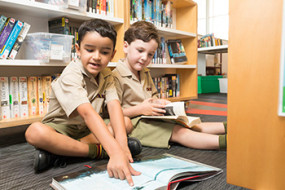 Scotch College, located in the suburb of Swanbourne, Western Australia is one of Australia’s leading schools for boys. Scotch enjoys a longstanding reputation for providing education of outstanding quality, and has upheld a tradition of excellence, individuality, and community since its foundation in 1897. Today, the College offers a modern, progressive, and internationally oriented education for students from Pre-Kindergarten to Year 12, including the prestigious International Baccalaureate curriculum at the Primary, Middle Years and Diploma levels.

The College has two modern libraries, with the Junior-Middle School Library catering for Kindergarten – Year 8 students and the Senior Library serving boys in Years 9 – 12. In addition, most services available to the boys are extended to the wider Scotch community. In 2016, the College implemented Softlink’s Oliver v5 to provide a seamless library management solution across both sites, ensuring continuity of resources and support for students as they progress through their studies.

Dean of Information & Learning Technology, Brad Tyrrell, said this streamlining of resources and services means library and ILT staff are able to achieve greater efficiency in their day-to-day operations.

“As Dean of Information & Learning Technology, my role is to ensure that Library and ILT have one voice,” Brad said.

“The libraries work together in the creation of a service-orientated environment, so that the library is seen as a ‘problem-solving’ place for any issue, no matter how big or small.”

As a result, library staff at Scotch are viewed as enablers of innovation, who work with students and teachers to incorporate modern technology alongside traditional approaches, such as encouraging reading for pleasure in a variety of formats. Brad said Oliver v5’s web-based format was an advantage over the previous system and was one of the major reasons that prompted the move.

“We decided to move from AccessIT, as an app-based library system was not what we wanted for the future; we also needed better processes in the back-end.”

“The fact that Oliver v5 is web-based is a big plus for me as it means I can be anywhere to access the services.”

Brad said flexibility and responsive development, in addition to the interface, were the key factors that influenced Scotch’s move to Oliver v5.

“We wanted a system that had thought more about the user than the record; this was critical for us.”

With several thousand existing records to be transferred to the new system, the College was able to rely on Softlink’s experts to provide data matching and advice during the changeover.

“As a multi-campus installation, we had very specific requirements that we wanted to meet in migrating from AccessIT to Oliver v5, and the process of migration went very smoothly.” 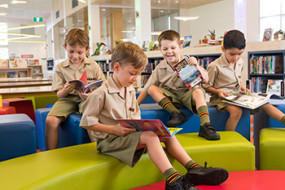 “I could not fault the Softlink team for their support during the migration process.”

Brad said the student-focused developments in the new-look Oliver v5 interface had encouraged students to use and find greater value in the school library.

“With the recent improvements in Oliver v5 we are seeing more students using the OPAC to see what books we have available in the library.”

According to Brad, some of the features in Oliver v5 have helped facilitate communication between the library and the broader school community.

“Oliver v5 has improved the library services by allowing us to include parents more in the conversation about library resources, for example Overdues enable us to associate parents with student records.”

Brad is also pleased with how Oliver v5 is evolving to meet the needs of students and teacher-librarians.