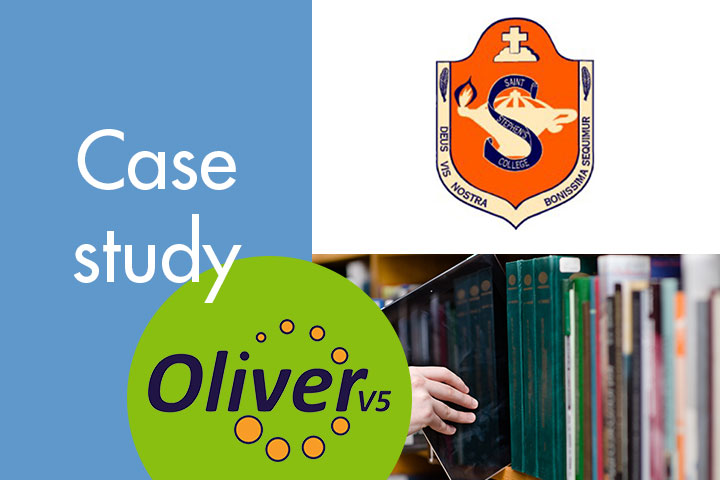 Softlink needs to be congratulated on responding so well to the needs of today’s libraries.

Saint Stephen’s College is a co-educational, Preparatory to Year 12 Christian school, which is affiliated with the Anglican Catholic Church in Australia. It is located on the Gold Coast, and currently has over 1300 students enrolled. Saint Stephen’s College enjoys a fine reputation in all areas of academic, sporting and cultural pursuits, but it also possesses a caring, community spirit.

In 2011, the College’s resource centre was rebranded as the iCentre to match the latest technological direction of the school. The aim of the iCentre is to be a place of information, innovation, and inspiration, where digital, print media and information interact seamlessly with one another. The iCentre’s digital resources include OverDrive School eBooks and audiobooks, and subscriptions to digital databases including eLibrary, Expanded Academic, and Naxos music library.

“The latest upgrade was full of bugs and tasks could not be completed without using a combination of both their old and new systems. We needed to jump in and out of programs, which was complete chaos. We eventually decided to change systems out of total frustration," she said.

For their LMS upgrade, Saint Stephen’s decided on the following key features: versatility, functionality, ease of use, system support, and a web-based system. After evaluating several systems, Oliver v5 was chosen to meet these objectives.

“Oliver v5 was visually appealing, offered a user-friendly front end, a web-based platform, and an interface for younger students."

“I have been a previous user of Oasis and Alice, and have been in contact with Softlink staff for many years," said Ms White.

“We chose Oliver v5 because it was web based, offered the support and documentation that we were looking for, and had a user-friendly front end. I like how Softlink products are visually appealing. Oliver v5 combines well with Envisionware, OverDrive, and DVC, and locality was also a bonus."

“Basically it was a return of the familiar after an unsuccessful diversion to another company. I have followed the development of Softlink through the Alice stages and into Oliver v5 and have heard good things about the company. I also knew of several schools that used Oliver and were happy with it, and were also contactable if I needed advice."

According to Ms White, the process of moving to Oliver v5 “worked like clockwork”.

“Oliver’s user interface is by far superior and tailor made for students of all ages."

“I have been absolutely delighted with the whole process. From the moment we made the decision to convert to Oliver v5, the process has been totally professional. The booking of dates, the information we required, the communication trails, trial conversation, training, and final data conversation, followed by email and phone support, have been like clockwork. Nothing has been too much trouble. Queries have been dealt with politely and efficiently, the calls have been logged and there is an accurate record of service requests," she said.

Once Oliver v5 was installed in the school, the benefits of the new system were realised “almost instantly”.

“Search capabilities were clearer and much easier for our students to navigate. The whole ‘front end’ or user interface is by far superior and tailor made for students of all ages. The ability to switch to the junior interface easily and the use of Syndetics for book cover images have enhanced the whole browsing experience," she said.

“Our staff find the whole experience to be much more user friendly and intuitive. The front page where you can insert video, news items, and photos etc. has proved to be very popular."

“We had no problems educating staff and students with the new platform. This is quite amazing when you consider that we were introducing RFID (Envisionware) and the OverDrive eBook and audiobook service at the same time and we had no problems at all."

In particular, the iCentre was very impressed with the support and documentation provided.

“Softlink needs to be congratulated to responding so well to the needs of today’s libraries."

“I would have to say that the support and the promptness and thoroughness of the support is the highlight for me as the administrator. Softlink needs to be congratulated to responding so well to the needs of today’s libraries. Because the system is so user friendly, the students are content and understand the parameters and capabilities of the system well," said Ms White.

“If you are looking for an intuitive system, a great customisable front end, ease of use, with a professional and organised setup, conversion and support, I would definitely recommend Oliver v5 and Softlink to your school."

“Softlink gives you every opportunity to check data before the final conversion. New clients should maximise this part of the process to ensure your data is seamless. Many of the alternative systems do not give you this option but Softlink ensures that you have the time to make sure everything is right before going live."

“I can only congratulate Softlink for the amazing service. I am delighted to be working with a company and a product that not only does what we want it to do, but also has the backup and the support to match it."