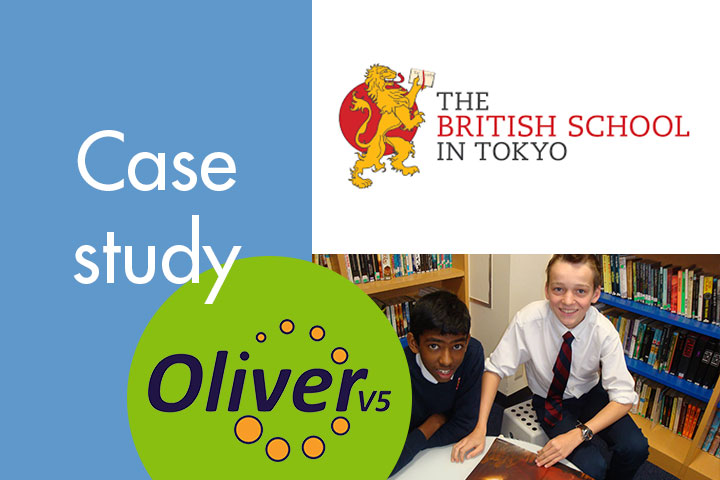 It’s quite hard to get [the students] off Oliver, really. I think they’re well and truly hooked!

About the British School in Tokyo 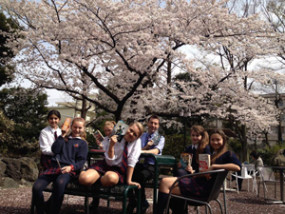 The British School in Tokyo (BST) is an independent, co-educational K-12 international school in Tokyo, Japan. Situated across two campuses right in the heart of Japan’s capital city, the school has over 880 students of 76 nationalities, ranging in age from three to 18 years.

BST follows the English National Curriculum, ensuring a smooth progression for students from the early years through the primary and secondary sectors. The school is proud of its distinctively British outlook, with the majority of teachers recruited from the UK and a substantial focus in extracurricular areas such as sports, the arts, community service and adventurous activity designed to provide a well-rounded education for students.

Part of BST’s stated mission is to bring out the best in each of its students, and for librarians Richie Steven and Michael Bell, one way to achieve this is to create a library environment which welcomes not only students, but their families as well.

Teacher Librarian, Richie Steven said the library has a variety of resources for parents, like magazines, books and DVDs in multiple languages. 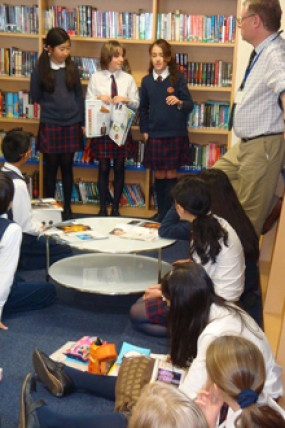 BST has 3 libraries catering to the different age groups within the school – the early years library is located on the Shibuya campus in central Tokyo, while the primary and secondary libraries are housed on the Showa site, located within the Showa Women’s University campus a short distance away.

Because of their location in the densely populated Tokyo area, the school’s three libraries must carefully manage their resources to make the best use of their limited space.

Secondary campus library manager Michael Bell said Oliver makes it much easier for BST to maintain a collection over the three libraries.

“Without this it would be much more difficult for the older kids to access the resources from the other campus and vice versa." 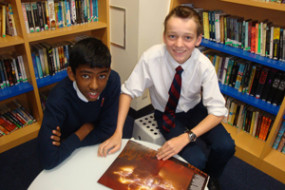 Having an easy to use search interface also helps to encourage BST students’ love of reading and school-wide enthusiasm for fiction.

“They love going in, experimenting, looking for books and links that sort of thing. It’s quite hard to get them off Oliver, really. I think they’re well and truly hooked!"

From a librarian’s perspective, Richie and Michael appreciate the support and reliability they receive from having a fully hosted Oliver v5 system.

“We hear from other libraries that their systems are often down, but we never have those problems with Oliver, and the support we receive from Softlink is brilliant," Richie said.

Staffing at the BST libraries embodies the school’s international outlook, with the library team composed of librarians Richie from Sweden and Michael from Scotland, as well as library assistants Kazumi from Japan, and Chris from England. The library’s collection is also truly international, with about 27,000 physical resources and 1,000 eBook titles in 19 languages, including Japanese, English, French, Finnish, Norwegian, Danish, Greek, Italian, Dutch, Korean, Swedish, German, Portuguese, Polish, Russian, and even Irish and Icelandic.

Being able to streamline administration tasks is also very important to the busy BST library team.

Michael said they appreciate Oliver’s ease of use and functionality that enables them to manage their library quickly and efficiently and focus on the more important tasks of engaging students and the school community. 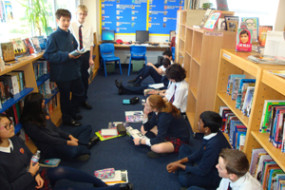 “It’s really easy to catalogue with Oliver and we’re very happy with Z-cataloguing," he said.

Having recently taken charge of the secondary library, Michael is looking forward to using the reading lists available in Oliver v5 as a way of encouraging teachers to make better use of the resources.

“We want to try to really promote the subject teachers to get involved in the library more and get subject reading lists for all the different subjects," Michael said.

Both Michael and Richie love using Oliver and are keen to spread the word.

“It would be really nice to have more schools in Japan using Oliver v5," Richie said.

If you would like to read more about this school, a blog article about community life at British School in Tokyo is available on our website.