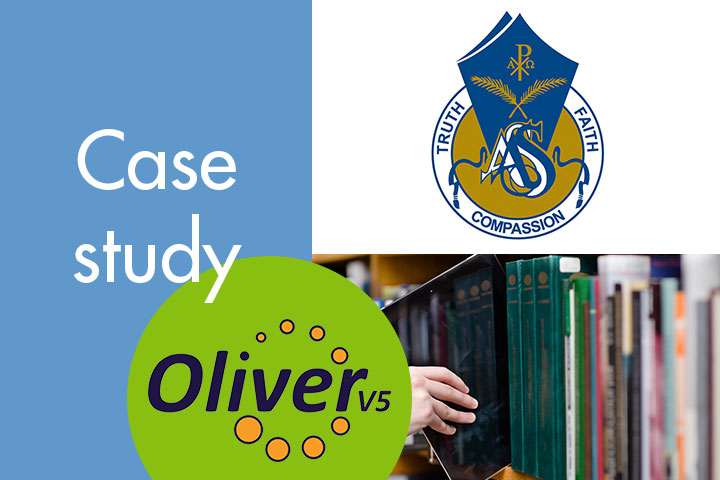 I feel the service is definitely good value. Instead of having downtime associated with setting up a new system, choosing to host allowed us to provide our service immediately.

About All Saints Anglican School

Located in Merrimac, Queensland, All Saints Anglican School is a P-12 school comprised of Junior, Middle, and Senior Schools. It consists of over 1,850 students and 200 staff, with two libraries to cater for its needs. Both libraries use Softlink’s Oliver Library Management System, and have recently taken up the opportunity to use Softlink’s Hosting Services.

While migrating from Oliver v3.5 to Oliver v5, All Saints Anglican School discovered that their server needed replacing. After reading about Softlink’s Hosting Services, the school decided it was a good option to host their system on Softlink’s server.

Following the switch from a local server to Softlink’s hosted server, the school’s Director of Information Services, Mr Alan Trueman, said that “the benefits were quite significant”.

“The system actually runs faster than it did when it was hosted locally. We were looking for reliability and speed in a server, and we certainly got that," said Mr Trueman.

One of the major benefits of using Softlink’s Hosting Services was the support staff’s in-depth knowledge and familiarity with the Oliver system.

“Our technical staff are very busy as they support the whole school with many different software packages. Sometimes taking screenshots and trying to explain an issue to our technical staff via email or the phone can be difficult and time-consuming, especially when dealing with people who aren’t familiar with the program," Mr Trueman said.

“Having someone offsite who knows about Oliver is extremely convenient, as they can go into the system and see what is happening straight away. We no longer need to take screenshots, or try and explain the issue to our technicians. This service is fantastic!"

In addition to Softlink’s support staff providing immediate assistance to queries, Mr Trueman was also pleased with the Helpdesk system.

“If I’ve got a specification that needs to be changed on the Oliver system, I can contact Softlink for assistance. They will then make the change and record it in the Softlink Helpdesk system, and my support staff can reference it later," he said.

The key objectives that All Saints Anglican School wanted to achieve in hosting were met and exceeded, according to Mr Trueman.

“In moving to a Softlink hosted server, we are supported by Softlink’s expertise in the program. Helpdesk can see exactly what is happening and resolve any queries we may have," he said.

“I think all of the benefits add up to a cost effective solution. Softlink conducts any updates to the system and the backups are offsite as well. Because it happens on Softlink’s server, we don’t have to worry about it and downtime is minimised," he said.

“The benefit of using Softlink’s Hosting Services was evident immediately. There were a number of parameters that needed to be changed when we migrated to Oliver v5, and it was just really easy to be able to call up my support person to change the parameters. Had I not been changing versions, it would have taken a little while to realise the benefits, but because I was going from a system I knew well to a system I didn’t know so well, I realised the benefits straight away," Mr Trueman said.

All Saints Anglican School recommends Softlink’s Hosting Services to other users, as the service quality is excellent.

“From my understanding of what hosting was before it happened, I didn’t realise how easy it was to leave everything to Softlink’s support staff. If we have any issues or questions, we can easily communicate with them because they can see exactly what is going on in the system.That’s the biggest tangible benefit on a day-to-day basis, the accessibility of service, and not having to explain the issue via email," Mr Trueman said.

“I feel that the service is definitely good value. Instead of having downtime associated with setting up a new system, choosing to host allowed us to provide our service immediately."

“Overall, I’m just really pleased with the experience and I think it’s just been great."

All Saints Anglican School moved to a Softlink hosted server in September 2010, and have been enjoying increased efficiency in the libraries ever since.